46. The passage indicates that Shakespeare put         into Romeo and Juliet

D. political issues at the time

A. who is responsible for the tragedy

B. whether Romeo and Juliet are tragic characters

C. what the most fascinating element of the play is

D. how tragic fate can be avoided

51Friends become a child's chosen family. 48If his social life is going well, he gains confidence. If he has trouble connecting, it hurts and can make him feel sad and withdrawn and lonely.

1. Help your child communicate. 49Naturally outgoing kids have an easier time expressing their interest in other children than shy ones do. But you can help build this skill through practice. Ask your child about his favorite games and toys. Praise him for specifics when he shows interest in other people: "You were so nice to let Roger talk about his little dog. I am proud of you. "

2. Keep play short and sweet. Parents should keep early play dates short, so no one gets too tired and everyone has fun. Schedule the next one soon after that, so kids can quickly build on their comfort foundation.

3. Know your child. If your child is bossy, talk with him and agree beforehand on which toys will be shared and which ones should be put away because your child just can't seem to share them. If you have a shy child, match him with a younger child so he has a chance to be the leader.

4. Help your child help others. 50Encourage your child to be a better friend by helping him include others in play. If you see someone being excluded, don't ignore it. This is an opportunity to work on your child's ability to understand others. "Rachel is being left out .That must make her feel very sad. Can you think of a way to include her in the game?"

5. Help your kids help themselves. If your child is the one who's being ignored or treated badly,teach him to speak up.

48. Which Word can best describe a child who is good at connecting?

49. According to the passage, parents can help their children communicate by         .

A. showing their own interest in other children

B. encouraging their interest in other children

C. playing games with them

51. What is probably the best title for the passage?

A. How to Help Your Child Help Others

B. How to Educate a Shy Child

C. How to Communicate with Your Child

D. How to Help Your Child Make Friends

Memory is the ability to keep track of things that have happened in the past. Memory really is learning. One needs memory to ride a bicycle. A dog needs to remember if it is to come when called.

52Memory is said to be stored in the brain as a "memory trace (记忆痕).”What makes up this trace is not known. Some scientists believe that certain chemical substances may carry certain memories. For example, one substance, when given to rats, causes them to fear the dark.

Other research into memory has to do with how the brain works. Psychologists use three means to find out how a person remembers. For example, give a person a grocery list. Let the person memorize the list, and then put it away. 53The most natural way to find out how much a person remembers of the grocery list is to ask what he or she remembers. This is called the method of recall. Another method is called recognition. Give the person another grocery list. Ask him or her to choose items on the first list from the items that are on only the second list. Often a person will be able to or she cannot recall. A third method of finding how much a person remembers is called relearning. Here the person is asked to read over the first list. The person will probably learn the list the second time faster than he did the first time. 54The difference in the time it takes to relearn the list is thought of as a measure of how much a person has remembered.

One way of remembering something is to repeat it many times. Interest is very important. Boring lists of facts are much more difficult to remember than something that we understand and are interested in. Motivation, or wanting to do something, is also important. Motivation is linked with reward. 55For example, a hungry animal quickly learns how to do something if that action gets the animal food. In humans, wanting to learn is often motivation. The praise of a teacher or the knowledge that an answer is correct is rewarding.

A. bad memories may cause rats to fear the dark

B. it is hard to tell what a memory trace consists of

D. memory is stored in the brain as a substance

54. What is considered as a measure of how much one has remembered?

C. The time difference of relearning

A. make the action easy

B. praise it in words

C. reward it with food

Valencia is in the east part of Spain. It has a port on the sea，two miles away from the coast. It is the capital of a province that is also named Valencia.

The city is a market centre for what is produced by the land around the city. Most of the city's money is made from farming. It is also a busy business city，with ships，railways clothes and machine factories.

Valencia has an old part with white buildings，colored roofs， and narrow streets. The modern part has long，wide streets and new buildings. Valencia is well known for its parks and gardens. It has many old churches and museums. The University in the centre of the city was built in the 13th century.

The city of Valencia has been known since the 2nd century. In the 8th century it was the capital of Spain. There is also an important city in Venezuela（委内瑞拉） named Valencia.

1.From the text，how many places have the name Valencia？

2.What is the main difference between the two parts of the city？

A. The color of the buildings

B. The age of the buildings

C. The color of the roof

D. The length of the streets.

3.When was Valencia the most important city in Spain？

4.What is Valencia famous for？

C. Its churches and museums

D. its parks and gardens

I had just gone to bed after a very hard day when the phone rang. It was an eccentric farmer. I had never met him before although I had heard people talk about him. He sounded quite nervous and he had been talking for a minute or so before I understood anything. Even then all I could make out was that someone called Milly had had a very accident. I hadn't the slightest idea who she was but I obviously had to go.

It had been snowing heavily that day and I didn't know the way. I had been driving for at least an hour when I finally found his place. He was standing there， waiting for me. “She meant more to me than anyone ……even my own wife！” he said. I could see that he had been crying. I thought something terrible had taken place， a possible scandal. I was even more shocked when he told me he had put her in the barn “I wouldn't leave here out in the cold！” he said.

Milly had clearly been a secret lover of his. I was about to tell him he could not expect me to cover anything up when he opened the barn door. He lifted his candle and I saw a dark figure on the ground. “She was such a good cow！ I wouldn't let anyone but a doctor touch her！” he said， and burst into tears again.

6. The underlined phrase make out in the first paragraph means ______

7. Before he arrived at the farmer's house， the writer expected to see Milly lying ____？

A. on the floor of a room

B. on the ground of a barn

8.What do we know about Milly from the story？

A. She was seriously ill.

B. She was hidden somewhere.

C. She had met with an accident.

D. She had caused a scandal.

A. bring Milly back to life

B. keep the whole things a secret

C. look into the matter

D. free him from a scandal

Feeling tired lately？ Has the doctor said he cannot find anything wrong with you？ Perhaps he sent you to a hospital， but all the advanced equipment there shows that there is nothing wrong.

Then consider this，you might be in a state of subhealth.

Subhealth， also called the third state or grey state， is explained as a border line state between health and disease. According to an investigation by the National Health Organization， Over 45 percent of subhealth people are middle aged or elderly. The percentage is even higher among people who work in management positions as well as students around exam time.

Symptoms include a lack of energy， depression， slow reactions， insomnia， agitation and poor memory. Other symptoms include shortness of breath， sweating and aching in the waist and legs.

The key to preventing and recovering from subhealth， according to some medical experts， is to form good living habits， alternate work with rest， exercise regularly， and take part in open-air activities.

As for meals， people are advised to eat less salt and sugar. They should also eat more fresh vegetables， fruits， fish， because they are rich in nutritional elements-vitamins， and trace elements——that are important to the body.

Nutrition experts point out that it is not good to eat too much at one meal because it may cause unhealthy changes in the digestive tract. They also say that a balanced diet is very helpful in avoiding subhealth.

11.According to this passage，which of the following is right？

A. When you are in a state of subhealth，you should go to see a doctor and buy some medicine.

B. When you are in a state of subhealth，you should stay home and keep silent.

C. When you are in a state of subhealth，you should find out the reasons and relax yourself.

D. When you are in a state of subhealth，you should have yourself examined in foreign countries.

A. they have lost their living hopes

B. they have more pressure in life and work

C. they have used up their energy.

D. they begin to get energy

13. The answer for preventing you from falling into a state of subhealth is that you should_____.

A. we should eat less

B. we should never eat meat

C. we should have meals with less salt and sugar

D. we should have meals without salt or sugar

D. cause to take place 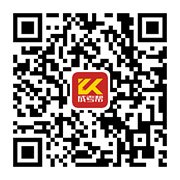